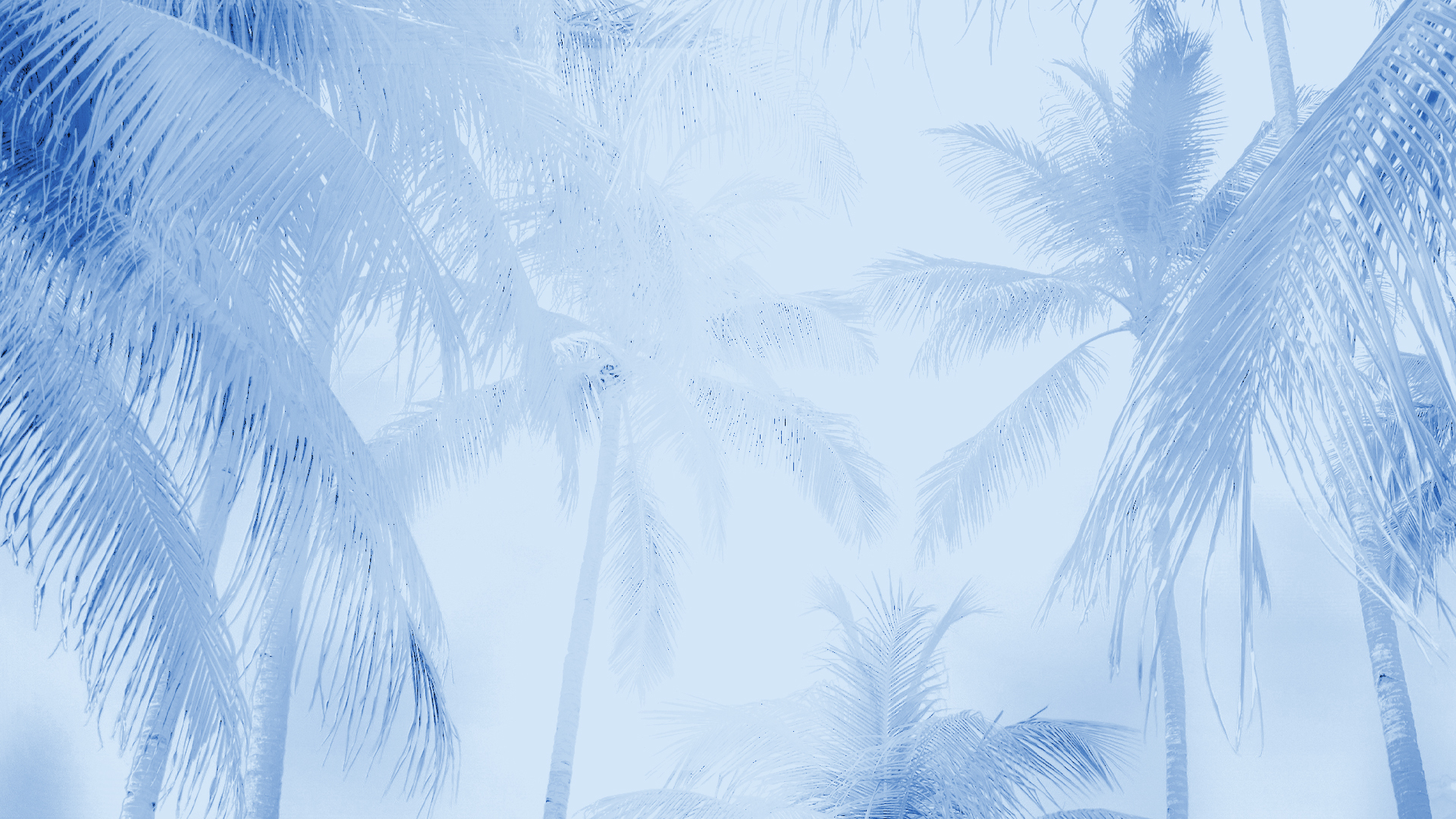 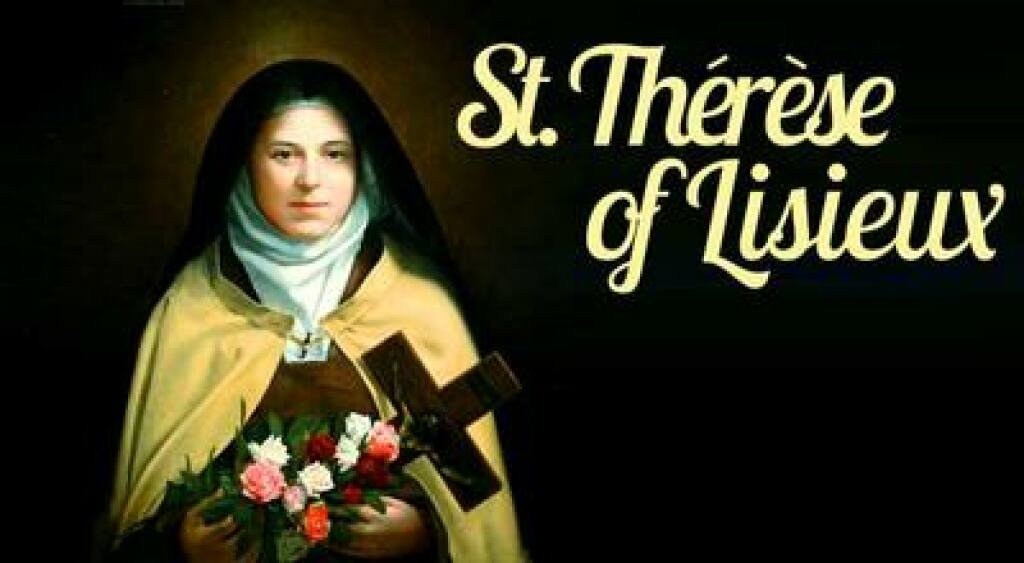 Saint Teresa of the Child Jesus was born in the French town of Alençon, on 2 January 1873. Her exemplary parents were Louis Martin and Acelia Marie Guerin, who have both been beatified. She died in 1897. Pope Pius XI canonized her in 1925 and later proclaimed her Universal Patroness of the Missions. He called her “The star of my pontificate” and defined as a “hurricane of glory” the worldwide movement of affection and devotion that accompanied this young Carmelite. She was proclaimed “Doctor of the Church” by Pope John-Paul II, on 19 October 1997 (World Day of Missions). 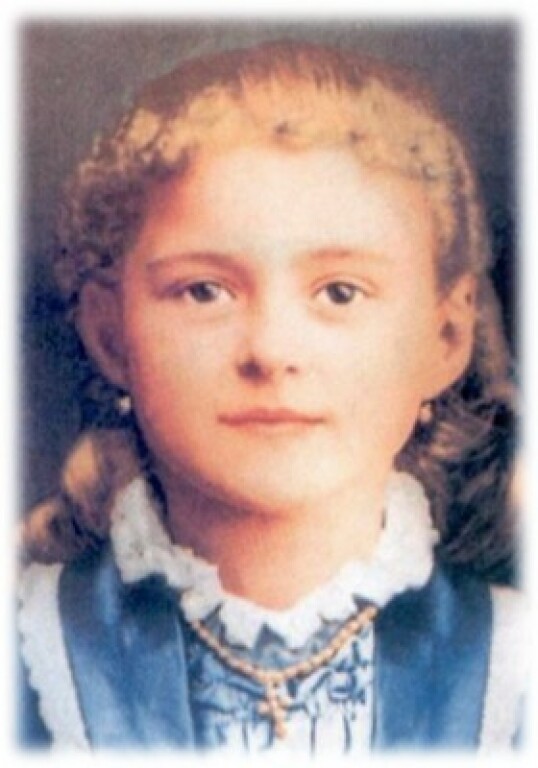 In her Autobiography, Theresa of Lisieux says: “It has ever been my desire to become a Saint, but I have always felt, in comparing myself with the Saints, that I am as far removed from them as the grain of sand, which the passer-by tramples underfoot, is remote from the mountain whose summit is lost in the clouds. Instead of being discouraged, I concluded that God would not inspire desires which could not be realized, and that I may aspire to sanctity in spite of my littleness. For me to become great is impossible. I must bear with myself and my many imperfections; but I will seek out a means of getting to Heaven by a little way—very short and very straight, a little way that is wholly new. We live in an age of inventions; nowadays the rich need not trouble to climb the stairs, they have lifts instead. Well, I mean to try and find a lift by which I may be raised unto God, for I am too tiny to climb the steep stairway of perfection.”

Theresa was the last of five sisters —she also had two brothers, but they both soon died—. She had a very happy childhood. Her admiration for her parents was great, and she wrote, “You can hardly imagine how much I loved my Father;” and added: “I admired everything he did.”

When she was only five years old, her mother died and her happy childhood came to a sudden end. From that moment on, there was always a shadow of sadness hovering over her, even though her family-life continued with great love. She was brought up by her sisters, especially the second one, and to a great extent by her father, who was capable of manifesting both maternal and paternal tenderness.

With him, she learned to love nature, to pray, and to love and help the poor. When she was nine, her sister, who was “her second mother”, entered as Carmelite in a monastery of the town. Once again, Theresa greatly suffered; but, in her suffering, she acquired the certainty that she too was called to Carmel. 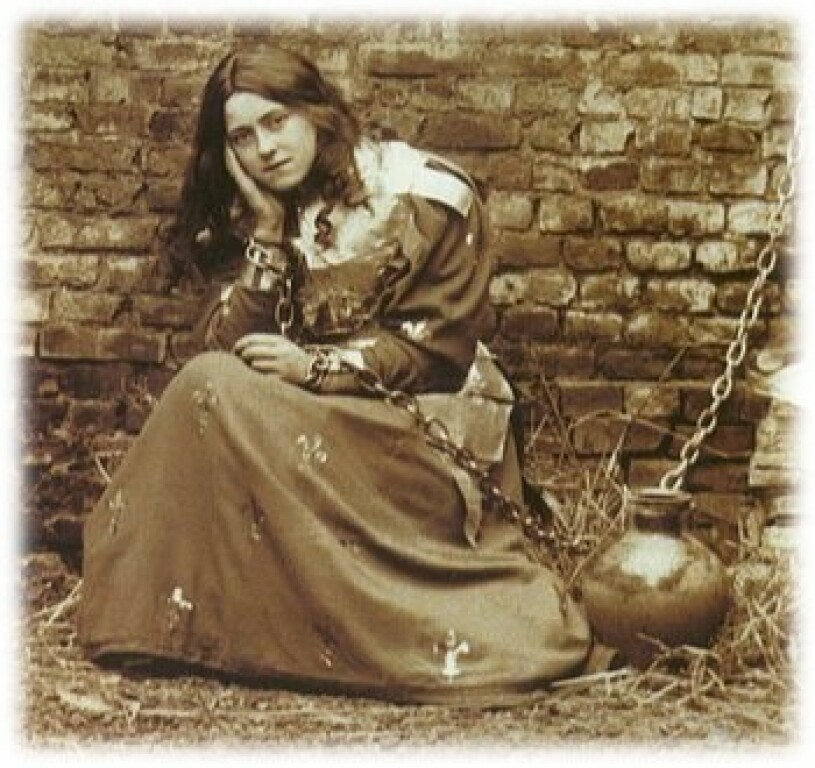 During her childhood, she was also noted for her “special” capacity of constancy between her believes or affirmations and the decisions she made in life, in every domain. For example, one day, when her father, standing on the top of a ladder, said to her: “Move away, little Queen; if I fall I shall crush you.” She moved even closer to the ladder, thinking: “At least if Papa falls I shall not have the pain of seeing him die, for I shall die with him.” And, one day, while preparing for confession, she asked: “Should I tell the priest that I love him with my whole heart, since it is really God I am going to speak to in his person.”

When she was only fifteen years old, she was convinced of her vocation: she wanted to go to Carmel. However, since she was still a minor, they did not admit her. So, she decided to go on a pilgrimage to Rome and to ask for the Pope’s permission there. She entreated him to give her the permission to enter Carmel; and he answered: “You will enter if it is God’s Will.” 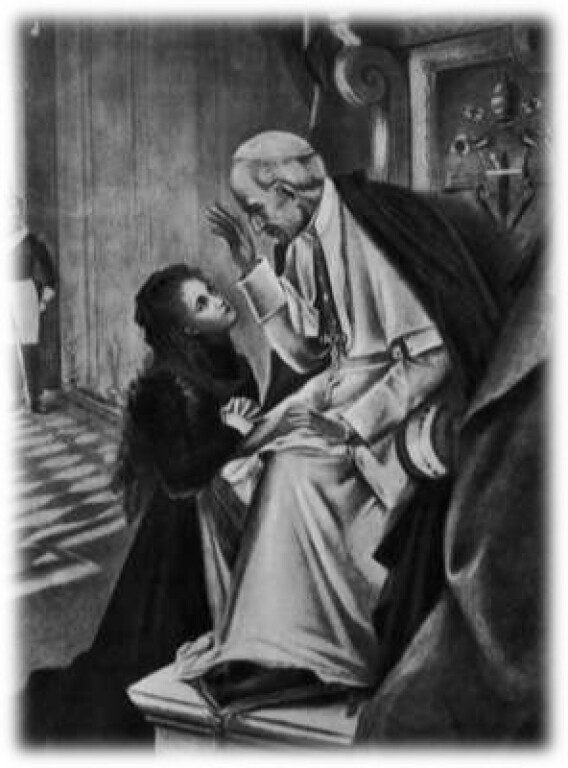 In Carmel, she lived two mysteries: Jesus’ infancy and his passion. This is why she asked to be called, Sister Theresa of the Child Jesus and of the Holy Face. She offered herself to God to be His instrument. She sought to give up imagining and pretending that Christian life is formed by a series of great undertakings, and to run with good will and courage “along the way of the child who sleeps without fear in the arms of his father."

At age 23, she fell ill with tuberculosis, and she died one year later, in the arms of her sisters of Carmel. During the final period, she maintained a correspondence with two missionary priests -one had been sent to Canada and the other to China. She constantly accompanied them with her prayers. This is why Pius XII wanted to associate her, in 1927, with Saint Francis-Xavier as patroness of the missions.

and for the glory of the Sacred Heart of Jesus.

I desire to sanctify every beat of my heart, my every thought,

my simplest works, by uniting them to Its infinite merits;

into the furnace of Its Merciful Love.

O my God! I ask of Thee for myself and for those whom I hold dear,

the grace to fulfill perfectly Thy Holy Will,

to accept for love of Thee the joys and sorrows of this passing life,

so that we may one day be united together in heaven for all Eternity. 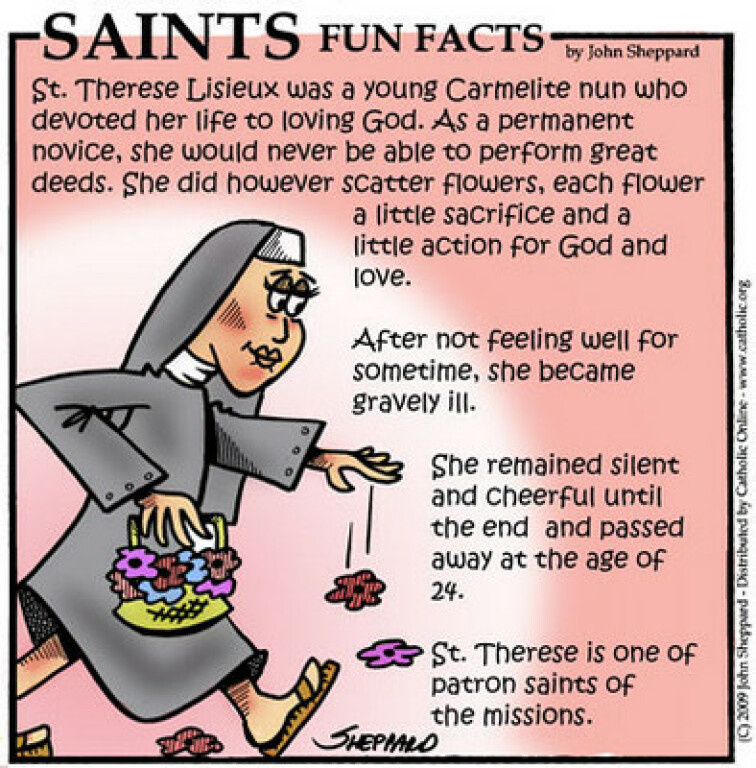